Bioinformatics Services for Data-Driven Design of Cell Factories and Communities 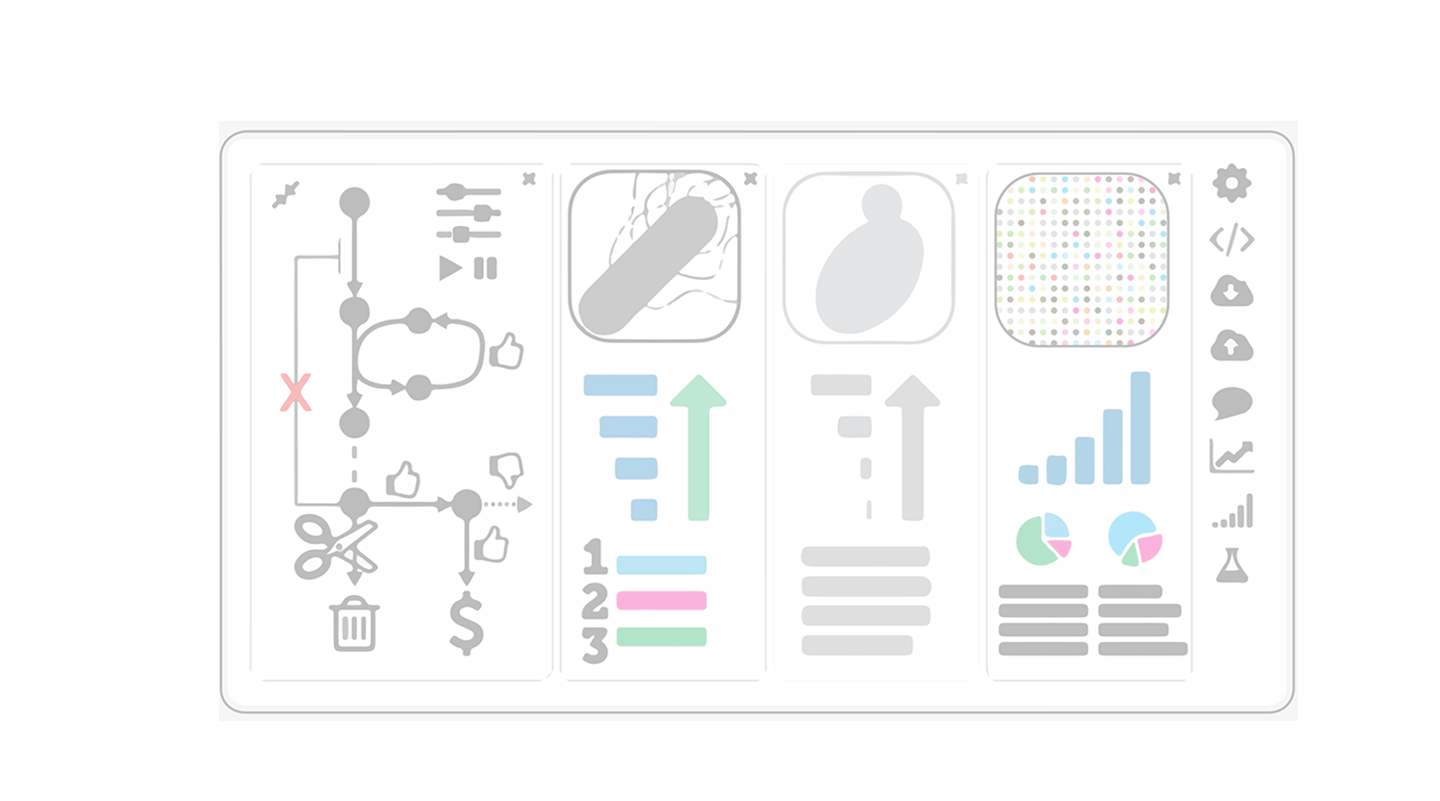 The European Commission has awarded 6.3 million Euros to a four-year collaborative project on data-driven design of cells and microbial communities for applications ranging from human health to sustainable production of chemicals. With advances in synthetic biology genomes can now be edited at unprecedented speed allowing making multiple changes in the same genome at the same time. This increases the need for computational tools to design cells and communities of cells analogous to the tools used in Computer Aided Design of cars, buildings and other man-made objects. In biotechnology these design tools need to be able to use existing large-scale databases to discover new parts and place them in the functioning context of the cell. The tools need to be easily accessible and provide an intuitive visual map of the cell to the biotechnologists working in the lab on building better cell factories and communities.

The project, called DD-DeCaF (Bioinformatics Services for Data-Driven Design of Cell Factories and Communities) brings together leading academic partners from five European universities with five innovative European companies to address the challenge of building a comprehensive design tool. The academic partners will develop cutting edge methods for using large scale data to design cell factories and communities for biotechnological applications. Three innovative Small/Medium Enterprise partners will convert these advanced methods to software tools that can be used by non-experts and to build intuitive visualizations of biological networks. These tools will be tested and applied to real world cell factory development projects by end-user partners. 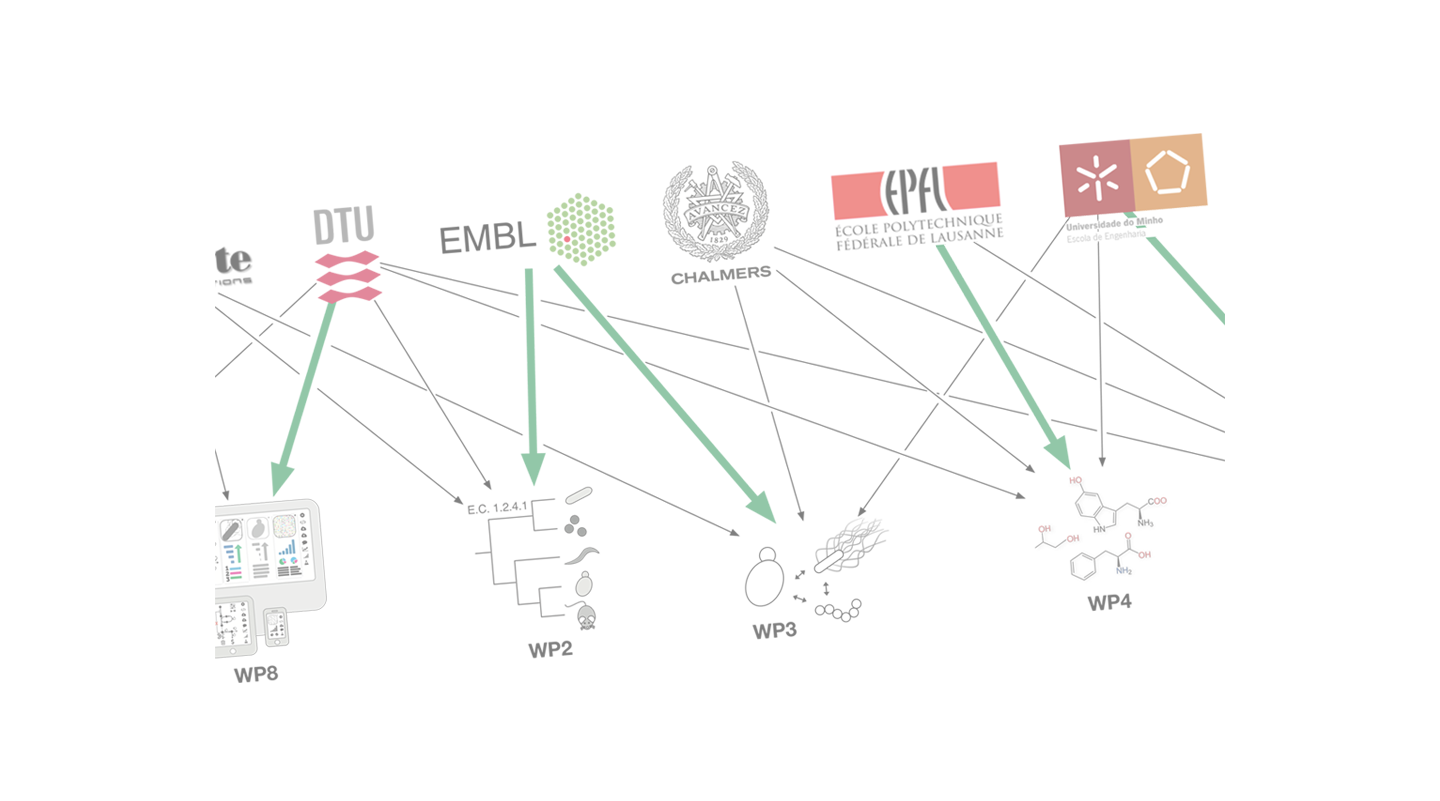 PIs, P. Bork and K. Patil, have complementary research expertise and have together considerable experience in bioinformatics, specifically in function prediction, metagenomics and modeling. They have successfully delivered in >10 European consortia in FP6 and FP7 including consortia focusing on analysis of metagenomics data relevant for human health and industrial applications. They have also developed several widely-used bioinformatics tools such as String and iPath.

The J. Nielsen’s group at Chalmers is one of the world leaders on genome-scale modeling of microorganisms, and statistical and model-based analysis of omics data for cell factory and human health applications. The group has reconstructed >20 models and has developed software tools for performing semi-automatic reconstruction. The group has developed several tools for simulation and integrative analysis of omics data in the context of genome-scale models (GEMs) as well as general omics analysis tools (

The Hatzimanikatis group has 20 years of experience in academic and industrial research for the design of metabolic pathways and whole-cell industrial biocatalysts. Dr. Ljubisa Miskovic is a senior research scientist with extensive experience with modeling and analysis of metabolic pathways. The group has developed large-scale nonlinear models for S. cerevisiae, human cells, E. coli and P. putida, which account for the thermodynamic and kinetic properties of metabolic pathways and can be used for the identification of rate-limiting steps in the absence of complete kinetic information on the pathway enzymes. 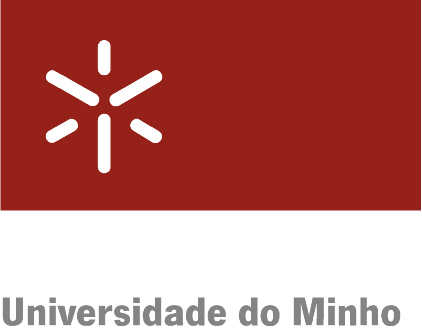 The Biosystems – Systems Biology and Metabolic Engineering research group, led by Prof. Isabel Rocha has currently over 20 members working in the field of Systems Biology and Metabolic Engineering, with emphasis on the development of algorithms for strain design. Moreover, the team has expertise and experience in developing open-source user-friendly software tools such as Merlin (www.merlin-sysbio.org) and OptFlux (www.optflux.org).

SilicoLife creates computational biology solutions for the fast growing Industrial Biotechnology applications, allowing our clients to design optimized microbial strains for the cost-effective production of specific target compounds such as biofuels, chemicals, food ingredients or biopolymers. Leading chemical, materials and synthetic biology companies have chosen Silicolife as development partner to maintain their market edge in increasingly competitive markets. SilicoLife is considered a highly innovative company, including as one of the 40 Hottest Small Companies in the Advanced Bioeconomy by BiofuelsDigest 2014/15 and Startup of the week by Wired UK.

Genialis builds data analytics software that facilitates secure and compliant management, rigorous and reproducible pipelines, and intuitive, interactive visualizations. These components are seamlessly integrated into a single system, Genialis Platform, that streamlines the collaboration between end-user and data expert. The existing software focuses on bioinformatics (RNA-seq, microarray, ChIP-seq, whole genome sequencing), however the dataflow engine can accommodate any type of data or algorithm. The Platform leverages cutting-edge web and database technologies, and its modular architecture allows for continuous evolution of sophisticated data analysis methods, including data mining. Genialis d.o.o. was founded in February 2013 in Ljubljana, Slovenia.

Biosyntia is a synthetic biology and biocatalysis company founded in 2012 by Dr. Hans Genee and Professor Dr. Morten Sommer. The company applies evolutionary metabolic engineering for the development of microbial cell factories of fine chemical products. Biosyntia’s R&D process involves iterative cycles of pathway design, construction and high throughput testing, and a major challenge is the analysis and interpretation of the ever increasing amounts of data generated. Furthermore, in the search for more efficient pathway routes, Biosyntia functionally interrogates metagenomics for novel genes and pathways. Biosyntia is funded by various EU grants and a seed investment from Novo Seeds. 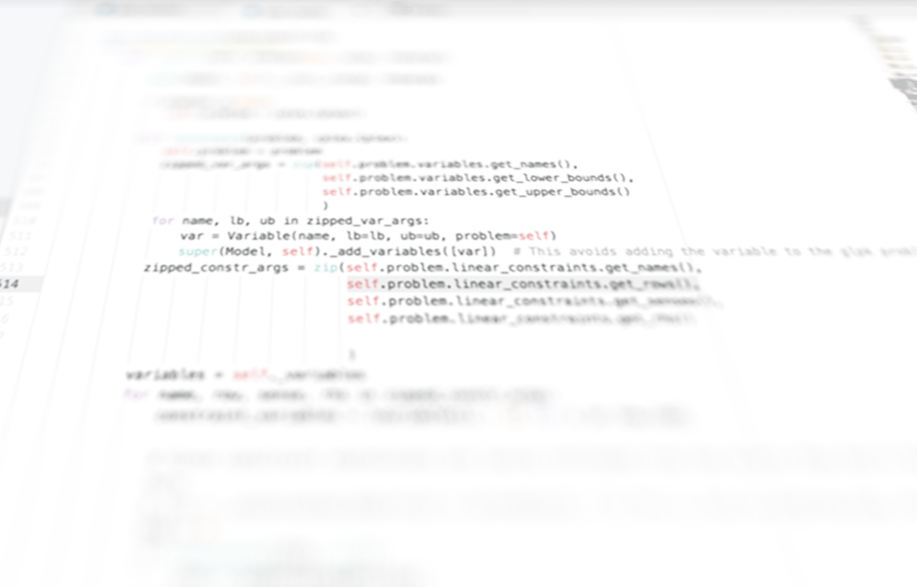 OptFlux is an open-source and modular software to support in silico metabolic engineering tasks aimed at being the reference computational application in the field.

iPath2: interactive Pathways Explorer is a web-based tool for the visualization, analysis and customization of various pathways maps.

The Transport Reactions Annotation and Generation (Triage) tool identifies the metabolites transported by each transmembrane protein and its transporter family.

NGLess is a domain-specific language for NGS (next-generation sequencing data) processing with a focus on metagenomics processing.

The Mass-Action Stoichiometric Simulation (MASS) toolbox is a modeling software package that focuses on the construction and analysis of kinetic and constraint-based models of biochemical reactions systems.

iTOL: interactive Tree Of Life is an online tool for the display, annotation and management of phylogenetic trees. Trees can be annotated with 14 different dataset types, and exported into various graphical formats.

The Metabolic Models Reconstruction Using Genome-Scale Information (merlin) tool is an user-friendly Java application that performs the reconstruction of genome-scale metabolic models for any organism that has its genome sequenced.

Optlang is a Python package implementing a modeling language for solving mathematical optimization problems, i.e. maximizing or minimizing an objective function over a set of variables subject to a number of constraints. Optlang provides a common interface to a series of optimization tools, so different solver backends can be changed in a transparent way.

The GECKO toolbox is a Matlab/Python package for enhancing a Genome-scale model to account for Enzyme Constraints, using Kinetics and Omics.